A guy purchased this PRS CE24 in 1990, played it a couple of time and stuck it back in the case.

First year of the Black peg and Rosewood Board. Big heal, small logo.

The guitar is almost new! One tiny chip where the neck has been pulled from the neck pocket at inspection by a shop.

‘Since his early days making guitars at St. Mary’s College to the first appearances of his work on stage with Ted Nugent and Carlos Santana, Paul Reed Smith’s guitars have exploded worldwide as the choice for discerning musicians who love their guitars precise, clean and flamey. While today PRS guitars may seem mainstream, the early days before 1995 (when the factory moved to Kent Island) represent a sort of Golden Age for the company, when the designs were still fighting for market acceptance and credibility. Many of these early pieces are increasingly seen pre-corporate collector’s items, much in the same way people see pre-CBS Fenders. Check out the early work that seduced the likes of Alex Lifeson, Al DiMeola, Dave Navarro, Mark Tremonti, and most famously of all, Santana.

I’ve summed up the information that I found on these guitars and even made an infographic. Enjoy the read!

These guitars were introduced in 1988 as the PRS Classic electric but were later re-labeled as PRS CE’s due to trademark issues with Peavey. The earliest versions of these guitars even came with maple headstocks with “PRS Classic Electric” logos on them. They also had an option for a maple fretboard.

In 1995 PRS offered the option for the PRS stoptail bridge, changed the bodies of the CE’s to mahogany and introduced the PRS CE 22 Bolt-On which had the same features as the Classic Electric except for the following:

Paul Reed Smith Guitars offered the non-maple top guitars again in 2005 when they introduced thePRS CE24 Mahogany and the PRS CE22 Mahogany along with the reintroduction of the maple headstock. This time around with the “Paul Reed Smith” signature logo.

PRS’ elegant and sometimes flashy designs belie its humble beginnings. Founder Paul Reed Smith’s interest in building guitars came out of necessity; while other kids’ parents were buying them instruments and PAs, money was tight for the budding musician. 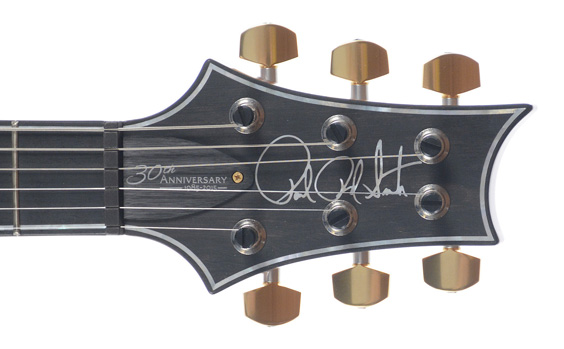 “That wasn’t happening in my house,” Smith says. “If I didn’t have something I wanted, the only choice I had was to make it.”

Smith built his first proper guitar as a project for a college music instructor in 1975. “He said, ‘If you can turn that bag of wood into a guitar, I’ll grade it, and I’ll give you four credits,’” Smith recalls.

The lessons stuck. After dropping out of college, Smith opened his own repair and luthiery shop in Annapolis, Md., played guitar in bands and, with help from a handful of employees, built about a guitar per month between 1976 and 1985. 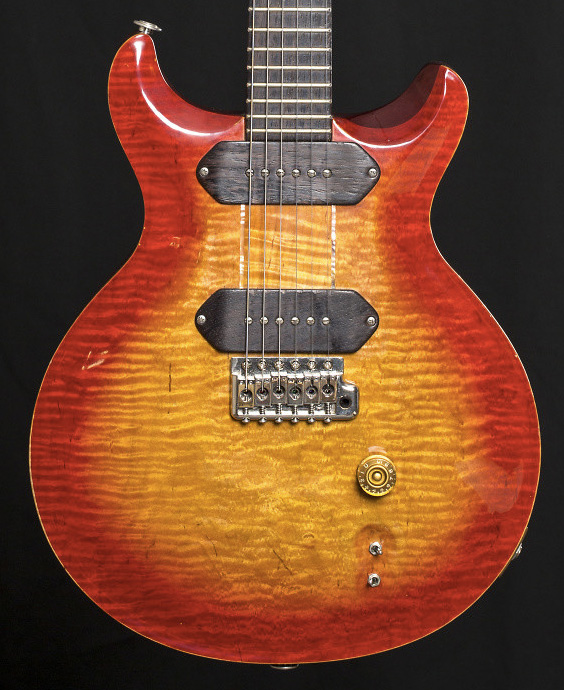 In those days, one of his main marketing methods was showing up at concerts and convincing roadies to take the guitars backstage. Early customers of Smith’s custom builds, some costing $2,000, included Peter Frampton, Ted Nugent, Al Di Meola and Howard Leese of the band Heart. Carlos Santana, now one of PRS’ long-time endorsers, was a tougher sell. Santana had Smith build him four guitars before he was willing to endorse Smith as a gifted guitar maker.

In the mid-’80s, Gibson and Fender, fighting competition from Kramer, Jackson and import guitars, were barely hanging on. Meanwhile, Smith and his small group of helpers saw a window of opportunity and looked to expand. He began showing up at instrument retailers in late 1984, hoping to build up enough preorders to expand the operation. Combining preorders with an investment from businessman Warren Esanu, Smith raised $500,000, launched PRS in 1985 and moved into a small factory in Annapolis. 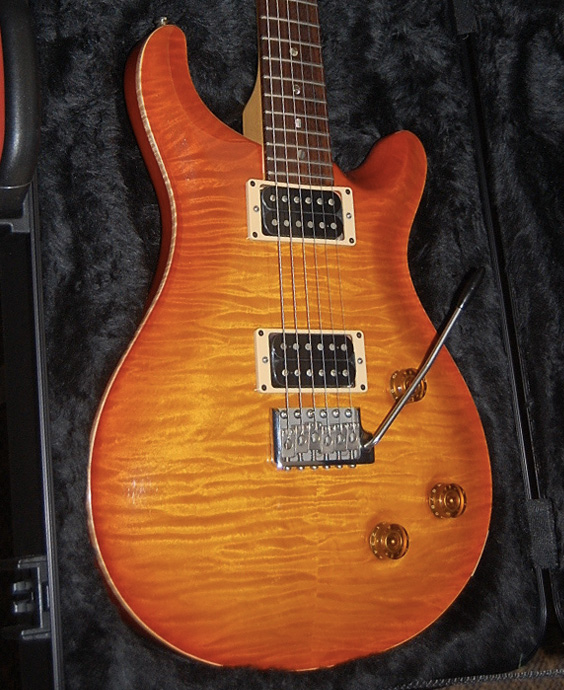 Taking inspiration from classic guitars, Smith’s early models focused on playability, but also on aesthetics. From his early days as a builder, Smith had used highly figured woods, such as curly maple, for guitar bodies, and those woods, along with bird-shaped neck inlays, soon became calling cards. “We had to,” Smith says. “Otherwise we wouldn’t have a sale. Why would they buy our stuff unless it was prettier, or played better, or sounded better?”

Smith met former Gibson president and CEO Ted McCarty in the mid-’80s, and the elder man would serve as a mentor to Smith and a consultant to PRS. The company debuted its popular McCarty model in 1994.

As the company grew, PRS experimented with new finishes, designs and fretboard ornamentation, but also with many pieces of basic hardware. “If it works, leave it well enough alone,” Smith says, but soon the company was designing its own bridges, locking tuners, tremolo systems and pickups. And there were other innovations. The company began using its first CNC machine in 1990. It released its first dragon-inlay guitar, the Dragon I, in 1992.