Our Fifteenth Broadcaster has just arrived. For the lucky customers that own one, they just keep raving about there Broadcaster!

Being December, there is one week to order your incredible Broadcasters.

“Fender Broadcaster – This Year Only”

It’s here and it is fabulous! Want to make it yours? 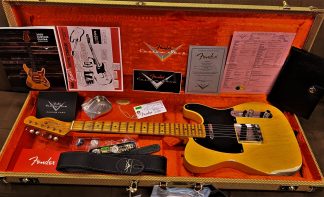